The One No One Talks About 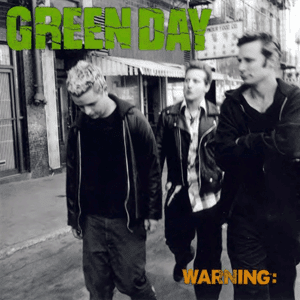 Recently, one of my fellow audiophiles asked what my favorite Green Day album was. I don't have a clear favorite, but when he reponded that his was "Warning", I had to look at my text message from him twice. Aside from the singles, I'd never even given it a listen. My friend was right. Warning is a gem, despite poor album sales and being widely known as the album that almost ended Green Day's career entirely.
Tracks like "Church On Sunday" are light and fun, but not in the juvenile fashion Green Day fans were accustomed to. Warning is Green Day growing up before their fans were ready to accept that.

Warning is one of those albums I'd like to call The One No One Talks About. When I say Pearl Jam, you think "Ten". When I say Weezer, you think "Blue Album". When I say Incubus, you think "Make Yourself". Radiohead? "O.K. Computer" But "vs.", "Pinkerton", "A Crow Left of the Murder..." and "Pablo Honey" are all solid and listenable albums by those same artists, and they often get overlooked.
What is it about our devotion to one or two albums in a band's catalogue that leads us to miss out on some exceptionally great stuff?
What is YOUR favorite underrated and overlooked album by an otherwise succesful band?
Posted by ErinLee93 at 8:18 PM